Posted on December 12, 2017 by Aerospace Engineering

NASA has unveiled its plan for its next Mars rover, “Mars 2020”, which will collect samples from the surface of the red planet. Since landing Viking 1 on Mars in 1975, NASA has successfully put 7 rovers on Mars. But there’s still one major mission left: Send a sample from Mars back to Earth. NASA is taking a huge step toward that goal in 2020

with its “Mars 2020” rover. The Mars 2020 comes with some major upgrades. Its radar can search for water or ice 30 feet (9.1 metres) below the surface. It has an ultraviolet laser that can read carbon atoms to see if they could’ve been left by ancient carbon-based life. It can also drill into solid rock to retrieve samples. These samples are critical to NASA’s plan. The rover will accumulate a collection of samples. 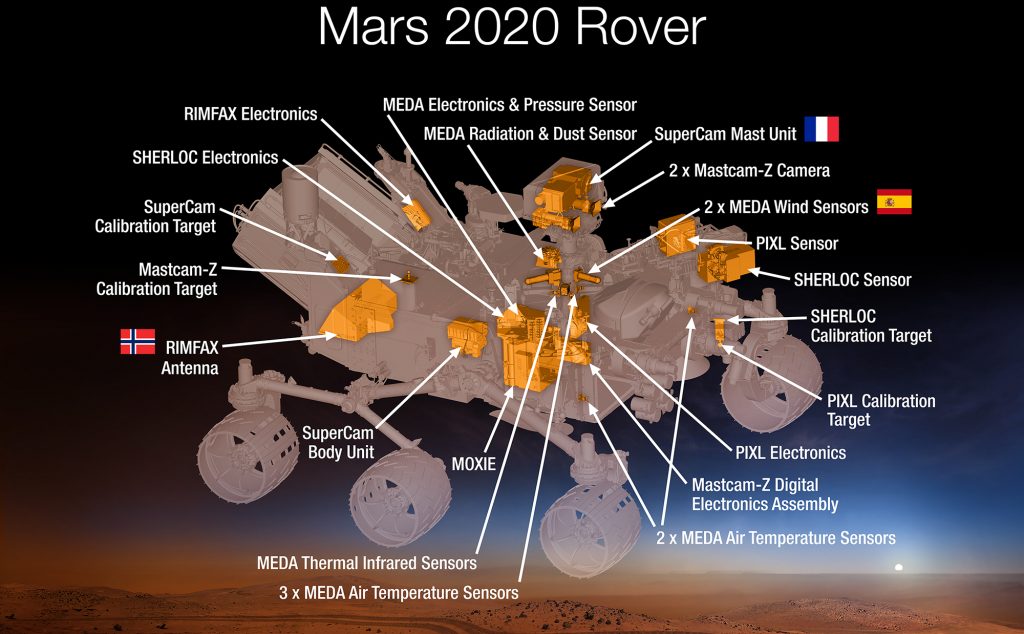 A future mission will pick them up and launch them back to Earth. So, any potential life that the Mars 2020 rover may miss could be found in labs here on Earth. NASA has narrowed the landing site down to 3 possible locations. Each spot once had environments which could have harboured life. The rover will launch in the summer of 2020 and touch down February 2021.

Aerospace Engineering-Training is an online learning platform. It is aimed at professional adults.
View all posts by Aerospace Engineering →
This entry was posted in News and tagged first, Mars, Nasa, plan, Retrieve, Samples, Unveils. Bookmark the permalink.
← Agriculture Plans for Mars, Dubai Airshow 2017
Weird Interstellar Object Could be an Alien Space Probe →