Posted on March 30, 2019 by Aerospace Engineering

“Waiting for them to finish, looked straight in front of me saw big, red-white lights randomly pulsating in double triangle pattern,” the witness stated. “Could not see actual surface of craft. It moved at a very fast pace from south to east. The sky was cloudy, seemed like low cloud cover. Could see the glow of the moon to the northeast but couldn’t actually see it.”

The object was moving toward the mountain to the southeast, so the witness yelled out for his wife to come look. 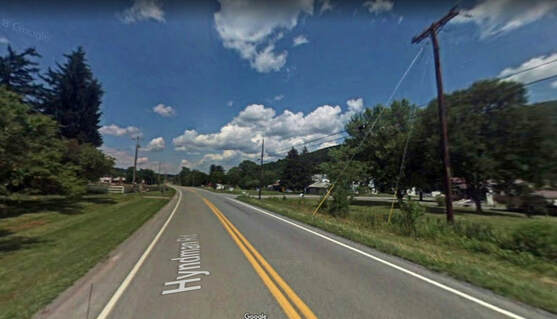 “We both saw it moving before if went behind the mountain. The mountain is state game land 48A which is 16,000 acres. It made one more appearance between mountain tops and disappeared again. At first, I thought it was the space station but knew the cloud cover would prohibit that. I knew that based on cloud cover, apparent size, and speed, no noise, it was a UFO. I would guess the size to be as big as our house or more which is 40 x 60. Four minutes later I saw two white lights, like LEDs move just north of our house from east to west. Once it passed and I could see the tail, there was one blinking white light. I thought maybe it was a plane, but it was silent and had two front white lights not one light. I made this report right away so I could remember it as accurately as possible.”

Aerospace Engineering-Training is an online learning platform. It is aimed at professional adults.
View all posts by Aerospace Engineering →
This entry was posted in UFO and tagged ufo. Bookmark the permalink.
← Former Polish President Lech Walesa Warns About a Possible Alien Invasion
UFOs spotted off Irish coast under investigation →