Posted on March 30, 2017 by Aerospace Engineering

Back in March 2016, scientists detected 10 powerful bursts of radio signals coming from the same location in space. These fast radio bursts (FRB) are some of the most elusive and explosive signals ever detected from space – they only last milliseconds, but in that short period of time, they generate as much energy as the Sun in an entire day. But despite how powerful they are, scientists still aren’t sure what causes them. The reason we’re so in the dark about FRB isn’t that they’re that uncommon – researchers have estimated that there are around 2,000 of these FRBs firing across the Universe every single day – but that they’re so incredibly short-lived that we struggle to detect them.Harvard-Smithsonian Center for Astrophysics has conducted an original study and suggested that some mysterious radio emissions with unknown origin, could be produced by huge transmitters that thrust interstellar probes through distant galaxies. 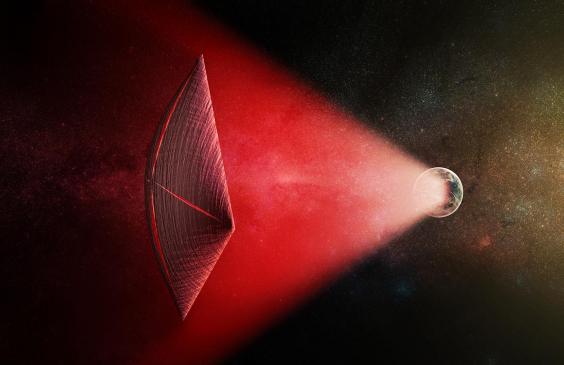 TWO ENERGY PLANETS. These emissions, dubbed FRB (Fast Burst Radio), are high-energy phenomena that occurs with a radio pulse that is no longer than a few milliseconds. They come from regions outside the Milky Way, “The FRB are emissions with short duration, and actually we are not able to identify the source. They can have an artificial origin: it is worth checking if this hypothesis can have a real basis” says Avi Loeb, a researcher of Harvard-Smithsonian Center.

This researcher has evaluated the feasibility of a radio transmitter which has such a power that it can be detected from intergalactic distances. To get the needed energy, he has calculated that would require a large surface area twice that of our planet to collect energy from a star and then concentrating it in a single beam used to push a sail. Currently this technology is out our reach, but it is not impossible for some more technologically advanced civilizations. 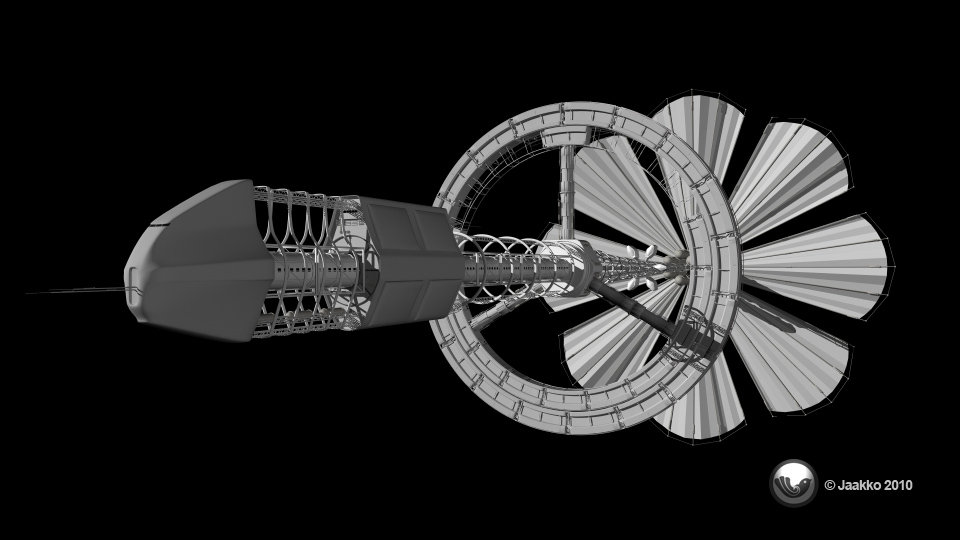 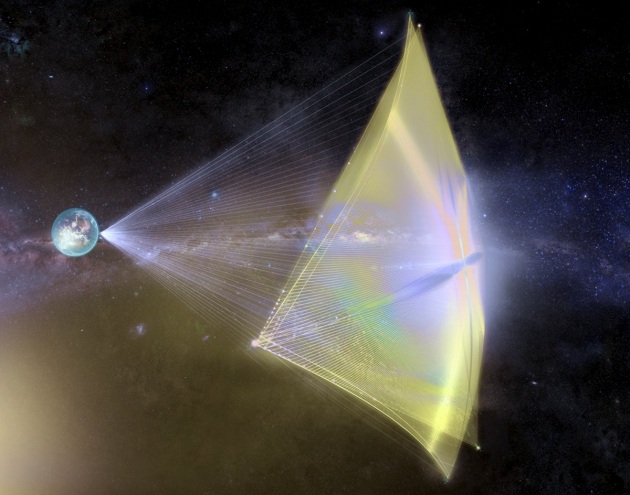 MEGA-SHIPS. Loeb has calculated the size of this hypotetic “probe” driven by an energy similar to that released by FRB, concluding that its weigh could be about a million tons, or more than 20 times our larger cruise ships. “Could be an interstellar ship, capable to transport a large numbers of people for future generations: a generational-ship,” says Loeb.
From the Earth this specific impulse radio can be observed only for a brief instant, because the hypothetical spaceship, the starting planet as well as the star and galaxy are moving. Loeb pointed out that it is a purely speculative hypothesis, but regarding the question of whether really believe that the FRBs may be are artificial signal emissions he replied: “Science is not a matter of faith but of evidence. Deciding what is likely before to start a research, is a limitation to the research itself. It’s always worth to propose new ideas and assumptions, and then let the data reveal the true. ”

Aerospace Engineering-Training is an online learning platform. It is aimed at professional adults.
View all posts by Aerospace Engineering →
This entry was posted in News and tagged Alien, bursts, fast, FRB, radio, Ship, Space. Bookmark the permalink.
← New images of Pan, a strange moon of Saturn
SpaceX, Historic Launch of the “Recycled” Falcon 9 →