NASA will test folding wings to reduce the drag

Posted on November 1, 2016 by Aerospace Engineering

Nasa is investigating whether folding the wing in flight could save more fuel. This study is called Spanwise Adaptive Wing (SAW), and it it will be soon tested on the ground with the  goal is to show that by folding the outboard wing section up or down can increase yaw stability and control, and reduce rudderd size and tail drag , and allow to get longer wings to reduce the drag.

This concept could increase the subsonic aircraft efficiency by increasing stability and compression lift on the wing. This kind of solution is not new, it was adopted already on on the North American XB-70 Valkyrie bomber, shrinking the vertical tails and boosting supersonic lift. 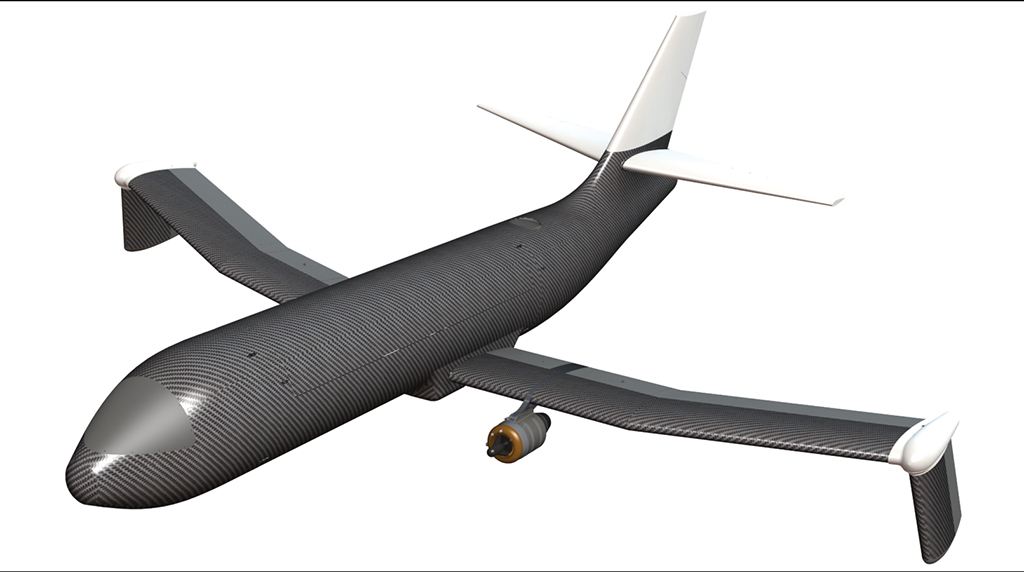 For this conceot are under studing the shape-memory alloy (SMA) actuators to enable the fold mechanism to be accommodated within the outer mold line of the outboard wing section, so in this way there is no encumbrance addition. The actuators are made of an alloy that, when heated electrically, “remembers” and returns to its original shape by twisting and so moves the wingtips. This allow weight saving and less compexity with respect of hydraulic system with conventional actuators. The test will carry out in spring 2017 using the PTERA unmanned aircraft, the small scale aircraft remotely piloted. The folding wings take 15in. on either side of its 176in span wing and it can fold up or down to 75 deg,  providing, as per estimations, almost 40-50% of total degree of control that a rudder can exert on the yawing motion of an aircraft (rudder authority).

The unmanned aircraft will be modified by sweeping the wing outboard of the engines by 20 deg, because the basic PTERA has a straight wing, and the SAW concept requires enough sweep to place the folding tips sufficiently far behind the aircraft’s center of gravity to provide an adequate moment arm for yaw stability and control. The subscale PTERA is a quick way to get real flight data with which to understand how the folding wings work. In parallel, the SAW team plans to ground-test a full-scale structure with the SAW mechanism integrated into the wing of an unidentified target aircraft, to kick off the way for a flight demonstration.

The drawbacks should be a lift loss on takeoff and climb flight phases, and the hinges cannot be too far inboard otherwise the wing bending moment is too great. But assuming an elliptical load distribution, the folding section is in a low-lift section of the wing, so only a small part of lift is loss, and gaining in terms of control surface and stability. So these considerations induce to made design tradeoffs. Nasa is seeking algorithms to idealize the angle configurations depending on flight phases, for now is prospected to deploy a takeoff with 45 deg, and climb phase with flat or down configuration.

The actuator are under developing by SAW project partner Boeing Research & Technology. Moreover Boeing will introduce folding wings for the 777X airliner in 2019. The 777X has about 8 meters more wingspan than the 777, and this solution optimizes the lift distribution and maximizes the cruise efficency. Moreover folding tips on the ground allow to be compatible with existing taxiway and gate size restrictions.

For the actuators mechanism one option is an “antagonistic” arrangement, in which one SMA actuator moves the wing up and another moves it down, while the first cools off (they are actuated thermically). NASA is testing more efficient ways of heating the SMAs, and is also examining whether a locking mechanism will be needed to carry flight loads across the fold.