Posted on August 1, 2019 by Aerospace Engineering

SCOTTISH space company Skyrora has successfully carried out testing on a fully 3D-printed, commercial rocket engine for the first time ever in the UK.

The Edinburgh-based firm used its base in Cornwall to carry out engine checks on its XL rocket, the firm’s main orbital launch vehicle.

Vladimir Levykin, CEO at Skyrora, said, “It’s always exciting to reach testing stage and even more so for our XL rocket.

“Not only is it our main orbital launch vehicle but this is the first time a commercial, fully 3D-printed bi-liquid rocket engine has been tested in the UK.

“Naturally we’re delighted that the tests have gone so well over both testing days and it’s a testament to the dedicated work of the team that we’ve reached this stage so smoothly.

The engine’s 3D-printed technology allows cooling channels to be embedded into the walls of the combustion chamber. According to Skyrora this  means the engine requires fewer parts. making it more straightforward to assemble,  boosting reliability and cost-effectiveness.

Since the birth of the Space Age, the high cost and long lead times associated with launching satellites into orbit have represented a major barrier to the commercialization and exploration of space. As a result, the sector has been occupied mostly by large companies and government-backed organizations. However, in recent years the rapid growth and evolution of nano- and microsatellite technology has given birth to a burgeoning industry and led to the establishment of almost 70 companies and organizations dedicated to the development of low-cost launch platforms.

Rocket-developer Skyrora in Edinburgh, Scotland, was founded in 2017. The company is set to begin its engine testing program this year, having 3D printed its first engines and began production of its proprietary oxidizer propellant. Daniel Smith, director of business development at Skyrora, says, “Our launch vehicle is suitable for use in the UK thanks to a number of factors, including our choice of propellant combination, which has storability benefits and removes any requirement to de-tank during weather delays.”

According to Smith, the team is adopting a step-by-step approach to development and has already begun to test systems and de-risk the suborbital vehicles. They will then move on to testing the orbital vehicle to coincide with the first UK spaceport being operational.

“Our strategy is to combine proven and new technology to produce a launcher that is reliable and cost-effective. There’s no need to reinvent the wheel across the board,” says Smith.

Skyrora’s rocket engine is based on technology from UK programs from the 1950s and 1960s, such as Skylark and Black Arrow, and will run off high-test peroxide (HTP) and kerosene.

Smith says that the key to successful development for Skyrora is to “take the relevant elements of what worked so well before and use modern, advanced manufacturing techniques to improve the build efficiency and bring the cost of mass production down”

For example, the engineering team is planning to use 3D printing to make parts of its engines “where it makes sense to”, says Smith.

Elsewhere, Calverton, New York-based startup Launcher is also in the process of building an orbital launch vehicle, capable of delivering a 300kg (660 lb) payload to a 200km orbit. The company is developing a low-cost 3D-printed engine with a staged combustion cycle.

The first phase, which has run for the past 12 months, has focused on the development and testing of Engine-1 (E-1), a 500 lbf (2,220N), LOX/RP-1 pressure-fed, 3D-printed engine made up of three Inconel 718 parts and an augmented spark igniter. E-1 is a 1/40th subscale version of the flight engine, which will be used to test the company’s regenerative cooling design in advance of the larger E-2 chamber. “E-1 is also being used to build our test site, electronics, software, test stand development, and operation skills and 3D-printing experience. We are nearing the end of this test campaign,” says Haot.

Phase 2 will run for the next three years to develop E-2. According to Haot, LOX pump development is currently in progress, with the goal being to test the turbo pump assembly “by the end of 2019, with the engine firing by the end of 2020”.

Phase 3, which will only start following a successful E-2 test campaign, will consist of the scaling up of the team and funding to develop the full launch system. The first test flights are expected to be in 2024 and 2025, with commercial operation expected by the end of 2026.

Haot says, “We believe the key is 3D printing the engine to optimize the size and performance to handle 22,000 lbf. We need to ensure that we can take advantage of 3D printing for low-cost and flexible iterations without tooling.”

For Haot, the fact that the Launcher team has its own test site and test stand, developed end-to-end, is critical to testing flexibility and quick iterations. For example, he reveals that the team does not use off-the-shelf DAQ hardware or software.

“Everything is custom electronics and software, so we have full control and so we are close to an actual flight architecture for software and electronics,” he says.

“Keeping the team small and staying a startup, we are able to test E-1 every week with just three people on-site. We are staying focused and small until we complete our E-2 engine development.”

Low-cost projects in aerospace are not restricted to providing cheaper access to space. The Space Drone project is aiming to reduce the cost of satellite maintenance. Arie Halsband, CEO of Effective Space, believes a number of satellites that “required hundreds of millions of dollars to place into orbit” are made redundant each year, not because they are fundamentally broken, but “because their fuel reserves are depleted”.

In an effort to address this challenge, the company plans to deploy and operate a fleet of small spacecraft capable of delivering, positioning, maintaining and monitoring satellites. According to Halsband, in January this year Effective Space signed a multi-year contract worth more than US$100m with a leading regional satellite operator for a mission that will start in 2020 and includes the “life extension of two communication satellites”.

Each spacecraft will weigh around 400kg (880 lb) and measure about 1m3 (35ft3) in size. The Space Drone is propelled by what is described as an external jet pack with a proprietary, rideshare compatible, all-electric, small yet capable platform design. “It safely and accurately performs rendezvous and docking with the host satellite with a patent-pending non-intrusive docking arms system. Its electric propulsion also allows for up to 15 years of service,” Halsband says.

Development of the Space Drone began in 2014, and by December 2017, the spacecraft had achieved hundreds of successful docking tests. This first phase of testing used hardware-in-the-loop testing at technology group GMV’s facility in Madrid, Spain, to emulate zero-gravity dynamic conditions. The GMV facility is also used for ESA ground tests of a spacecraft’s docking equipment and the procedures it conducts with the International Space Station.

Engineers at GMV will also verify the rendezvous and docking system, test the sensor engineering models, and check the onboard computers that run the guidance, navigation and control software, as well as the docking arms system, ensuring that the spacecraft are fully validated for launch.

“No satellite operator would pay for a servicing spacecraft if the cost were the same as buying and launching a replacement satellite. To prove the business case for in-orbit servicing, it was therefore vital to create a viable spacecraft that could be built, launched and operated for at least half of a normal satellite’s price,” says Halsband.

A notable measure the company has employed to reduce cost and testing timescales is to pursue a ‘minimum viable’ product approach. Unlike previous attempts, and “certain other current attempts” to provide satellite servicing capabilities, the Space Drone’s design strictly uses GEO station-keeping and attitude-control maneuvers.

“Relying on an all-electric solution, deployable mechanisms and a simple and safe docking system, all contribute to the simplicity and the robustness of the platform,” Halsband says.

The furthest forward in the small satellite launch sector is Huntington Beach, California-based startup Rocket Lab. The company’s Electron rocket is designed with a focus on delivering a high number of launches. After a successful launch from New Zealand in January this year, it is the only dedicated small satellite launch provider to have deployed satellites to orbit.

Peter Beck, CEO at Rocket Lab, says, “Until now, small satellites have been a secondary payload, hitchhiking on a rocket with larger satellites that dictate the orbit and launch schedule, which is often prone to delays.

“We provide a service dedicated solely to small satellites, giving our customers flexibility over when they launch and the orbit they want to reach.”

According to Beck, the Electron launch vehicle will feature the first electric pump-fed rocket engines in the world. All components for the Electron are designed and made in-house by the company, which also operates its own launch site on the Mahia Peninsula in New Zealand. 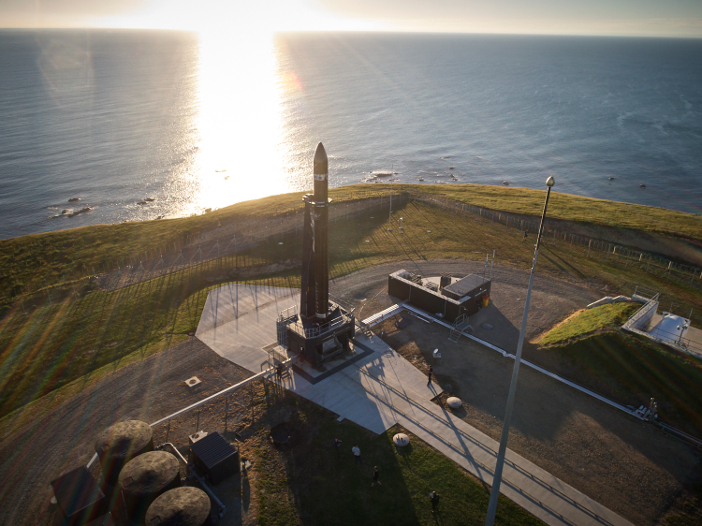 Rocket Lab has adopted several strategies to minimize costs and the time it takes to make rockets. For example, the electric propellant pumps reduce mass and its Rutherford engines are 3D printed in just 24 hours.

“We have used both commercial and in-house simulation tools to develop everything in the launch vehicle, including guidance and propulsion,” says Beck.

“To test launch vehicles, we follow all the traditional military and NASA standards. Rocket Lab is test heavy – we build hardware early and we test not only to qualification, but to failure too.

“Most of our testing is done in-house, and we’ve made significant investments into a range of equipment, including vibration tables, shock test machines, and thermal and vacuum chambers.”

Looking ahead, Beck says that the company plans to scale up production and increase launch frequency over the next several years. It aims to reach a launch cadence of one flight a month by the end of 2018, one every two weeks in 2019, and then scale up to weekly launches from there.

To support the increased launch frequency, the company also plans to scale up its Huntington Beach manufacturing facility to turn out 100 Rutherford engines this year, and increase its production from one Electron a month to one every week.

“Beyond this, we’ll look to expand our existing launch frequency capability and launch inclinations by developing a dedicated launch site in the USA to serve government and commercial missions.

“The site will provide even more flexible and rapid launch opportunities for our customers,” adds Beck.