Posted on July 28, 2013 by Aerospace Engineering

Wingtip devices are usually intended to improve the efficiency of fixed-wing aircraft. There are several types of wingtip devices, and although they function in different manners, the intended effect is always to reduce the aircraft’s drag by partial recovery of the tip vortex energy.

The high pressure on the lower surface of the wing creates lateral airflow outwards or away from the fuselage towards the wingtip where, on account of relatively lower air pressure above the wing, tends to spill over and swirl around the wingtip to form a vortex creating additional drag described as “induced drag” thereby reducing aerodynamic efficiency of the wing. Inspiration for the design came from birds observed to curl their wingtip feathers upward when in need of high lift. A well designed winglet rises vertically and is swept back such that it significantly reduces the size of the wingtip vortex thus reducing induced drag. 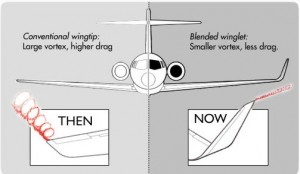 Fig 1: Difference in vortices with and without winglets

Fig 2:The different popular winglets: A, the conventional winglet sporting an angular transition between the wing and the winglet. B, A Blended winglet with the transition being the arc of a circle whose centre is at “C1″. C, an Elliptical Winglet, which transition and winglet forms part of an ellipse centred at “C2″. 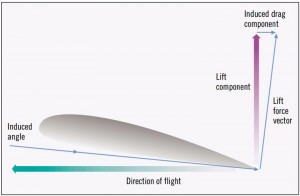 Selection of the wingtip device depends on the specific situation and the airplane model.  The aerodynamic advantage of a blended winglet is in the transition from the existing wingtip to the vertical winglet. The blended winglet allows for the chord distribution to change smoothly from the wingtip to the winglet, which optimizes the distribution of the span load lift and minimizes any aerodynamic interference or airflow separation.

Winglets have the potential to give the following benefits:

*The MTOW is your Structural max take off weight(real weight)