Posted on November 17, 2016 by Aerospace Engineering

According to the leak of a report on electromagnetic propulsion engine, the EM Drive, really seems to work and able to provide a rilevant boost in the void. This  magnetic propulsion engine could carry humans to Mars in 70 days only. There are great expectations on detailed report of test and its conclusions, it will be publicated on the Journal of Propulsion and Power of the American Institute of Aeronautics and Astronautics, after the mandatory process of peer-review.

This step has not yet realized, but online was leaked the contents accessible to this LINK. In brief the controversial propulsion system really works, and is capable of generating an impressive boost in vacuum, also taking into account measurement errors.

The dabate about EM Electromagnetic Drive is started over 15 years, because it works in contrasts with Newton’s third law of motion, which it states that “for every action there is an equal and opposite reaction”. Briefly, in the traditional rocket engines the propellant flow is expelled through the exhaust, and it creates an opposite reaction that pushes the spacecraft forward. The basic idea of the EM Drive instead is to convert the electrical energy into a thrust, without propellant expulsion. 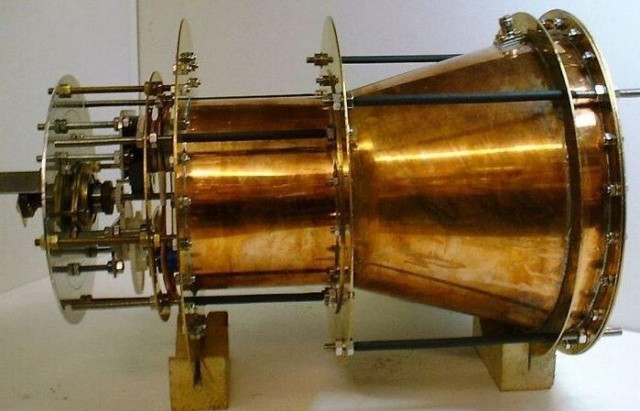 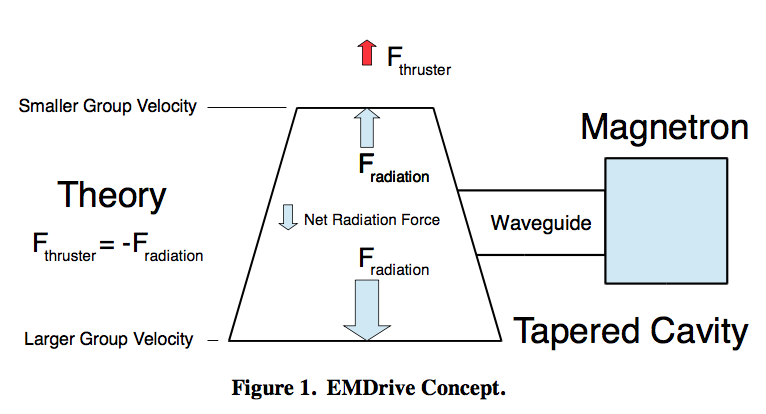 The US researchers have repeatedly invited for caution and certainly their work will  spice up the debate in the scientific community. According to the conclusions – also taking into account any measurement errors, the EM Drive would be able to generate a “thrust in a vacuum with a power ratio of 1.2 ± 0.1 millinewtons per kilowatt”. The thrusters based on Hall effect (currently under study) generate a thrust of 60 millinewton per kilowatt. However these latter use the fuel as propellent, and therefore the spacecraft carries more weight, and this makes an important difference for the thrust.

We just remind that the third option are the spacecraft with solar sail, they work with  beams of sunlight to push forward the spacecraft, and do not require any fuel, but only they generate a maximum force of 6.67 micronewton per kilowatt, which is two orders of magnitude less than EM Drive.

The Eagleworks team has not conducted tests aimed to optimizing the performance of EM Drive – that could improve with further changes – but to assess its functioning and to exclude abnormalities that at the moment do not seem to have emerged. In any case, this report does not close all the doubts: according to the researchers further research will be needed.

Aerospace Engineering-Training is an online learning platform. It is aimed at professional adults.
View all posts by Aerospace Engineering →
This entry was posted in News and tagged 70, Days, EmDrive, Mars, Nasa, thruster. Bookmark the permalink.
← Contact simulation with MSC/Nastran
SpaceX, 4 thousand satellites for internet →