Posted on February 22, 2021 by Aerospace Engineering

A star completely torn apart when it ventured too close to a black hole has given science a rare gift. For the first time, scientists have detected a high-energy neutrino that was flung out into space during one of these violent events.
The tiny particle doesn’t just get us closer to figuring out where precisely the most energetic particles in the Universe are born; it shows that black hole tidal disruption events can produce powerful natural particle accelerators.

“The origin of cosmic high-energy neutrinos is unknown, primarily because they are notoriously hard to pin down,” said astrophysicist Sjoert van Velzen of Leiden University in the Netherlands.

“This result would be only the second time high-energy neutrinos have been traced back to their source.”

Catching the death of a star by way of a black hole is fairly rare, but we’ve seen it enough times to know roughly how this process happens. An errant star comes close enough to a black hole that it’s snared by the latter object’s gravity. The colossal tidal force of the black hole – the product of its gravitational field – first stretches and then pulls the star so hard that it’s torn apart.

This tidal disruption event (TDE) releases a brilliant flare of light, glowing brightly as half of the debris from the disintegrated star swirls around the black hole, producing immense heat before it’s pulled inexorably beyond the event horizon. The other half of the debris gets flung out into space.

It was just such a flare and glow that was observed on Earth on 9 April 2019.

The event, called AT2019dsg, was emitted by a supermassive black hole clocking in at 30 million times the mass of the Sun (our own Milky Way’s supermassive black hole’s mass is 4 million solar masses), from a distance of 750 million light-years away. It flared brilliantly in the optical and in X-ray spectra, and was later detected in the radio spectrum.

Just under six months later, on 1 October 2019, another detection was made at the IceCube neutrino detector in Antarctica: one of the highest energy neutrinos picked up yet. It was named IC191001A.

“It smashed into the Antarctic ice with a remarkable energy of more than 100 teraelectronvolts,” said astronomer Anna Franckowiak of the Deutsches Elektronen-Synchrotron (DESY) and the University of Bochum in Germany.

“For comparison, that’s at least ten times the maximum particle energy that can be achieved in the world’s most powerful particle accelerator, the Large Hadron Collider at the European particle physics lab CERN near Geneva.”

And it came from the direction of AT2019dsg.

Neutrinos are fascinating little things. Their mass is almost zero, they travel at near light-speed, and they don’t really interact with normal matter; to a neutrino, the Universe would be all but incorporeal. In fact, billions of neutrinos are zooming through you right now. This is why they have been nicknamed the ‘ghost particle’. 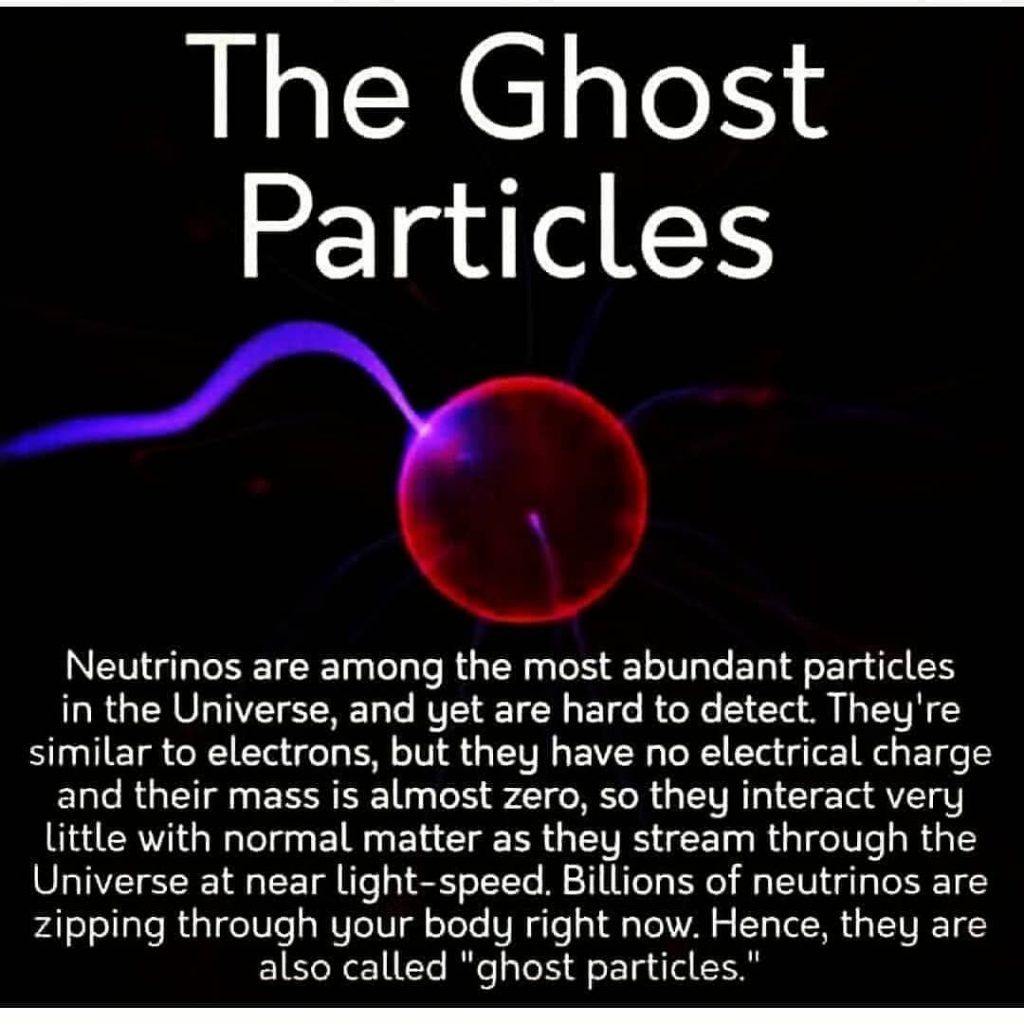 
This doesn’t mean they can’t interact with matter, though, and this is how IceCube detects them. Every now and again, a neutrino can interact with the ice and create a flash of light. With detectors tunnelled deep into the darkness in the Antarctic ice, those flashes really stand out.

Based on characteristics such as how the light propagates, and how bright it is, scientists can work out how energetic the neutrino is, and the direction from whence it came. Previously, scientists traced an extragalactic high-energy neutrino back to a blazar galaxy, 4 billion light-years away.

When scientists analysed IC191001A, they found there was only a 0.2 percent chance that it was not associated with AT 2019dsg.

“This is the first neutrino linked to a tidal disruption event, and it brings us valuable evidence,” said astronomer Robert Stein of DESY.

“Tidal disruption events are not well understood. The detection of the neutrino points to the existence of a central, powerful engine near the accretion disc, spewing out fast particles. And the combined analysis of data from radio, optical and ultraviolet telescopes gives us additional evidence that the tidal disruption event acts as a gigantic particle accelerator.”

The most likely culprit, according to a second paper on the neutrino, are the relativistic jets of plasma that spew from the polar regions of an actively accreting black hole. How this happens is unclear, but astronomers think that material from the inner part of the accretion disc (but outside the event horizon) is channelled towards and launched from the poles via magnetic field lines around the outside of the black hole.

Recent simulations suggested that, when magnetic fields in these jets become tangled, they produce an electric field that can accelerate particles to relativistic – close to the speed of light – speeds. These jets can last for hundreds of days, which helps explain why the neutrino arrived six months after the initial detection.

It’s a magnificent result, and one that beautifully demonstrates what we can discover when we combine different ways of looking at the cosmos.

“The combined observations demonstrate the power of multi-messenger astronomy,” said astrophysicist Marek Kowalski of DESY and Humboldt University in Germany.

The two papers have been published in Nature Astronomy here and here.

Aerospace Engineering-Training is an online learning platform. It is aimed at professional adults.
View all posts by Aerospace Engineering →
This entry was posted in Technology & Science and tagged a, Coming, Detected, from, Ghost, particle, Shredded, Star. Bookmark the permalink.
← ‘Force Field’ to Protect Sensitive Quantum Computers From Noise
First Ever Video Of Perseverance Rover Landing On Mars →