NASA is set to start high-voltage functional ground testing of its first all-electric X-plane, the X-57 Maxwell, which will perform flights to help develop certification standards for emerging electric aircraft.

NASA is also supporting these new electric aircraft by developing quiet, efficient, reliable technology these vehicles will need in routine use. The testing will take place at NASA’s Armstrong Flight Research Center in Edwards, California, marking a pivotal milestone for the project as NASA proceeds from the component design and prototype phase to operation of the vehicle as an integrated aircraft, taking a critical step closer toward taxi tests and first flight.

The X-57, currently in its first configuration as an electric aircraft, called Mod 2, will use a battery support system for this phase of testing, drawing power from a large, high-voltage power supply as development on the X-plane’s battery control system nears completion.

Testing is expected to start with low power, checking the startup and shutdown sequences and verifying that the new motor control software boots up and controls the motors as expected. This software and other major components were recently redesigned based on lessons learned from previous testing by the project’s prime contractor, Empirical Systems Aerospace (ESAero), of San Luis Obispo, California.

These tests will include higher-power operation of the vehicle. The first pair of electric cruise motors to fly on the X-57, which were delivered by ESAero, will be powered up and activated, allowing engineers to ensure that the vehicle’s propellers spin as designed.

This will be followed by throttling up the motors to make sure they provide all the power intended, validating the vehicle’s instrumentation system, and verifying whether all the sensors installed across the aircraft are functional.

This high-voltage testing will feed directly into final verification and validation testing, a critical final step before taxi tests begin.

“Many of the team members operating this test will be the same ones who will be sitting in the control room for flight, and that’s why I’m excited,” said Sean Clarke, NASA’s X-57 principal investigator. “We’ve turned a corner from system design and lab tests, to turning it over to the NASA flight systems and operations engineers to actually operate the vehicle. What they’re learning in this test, they’ll take with them into the control room for first flight.” 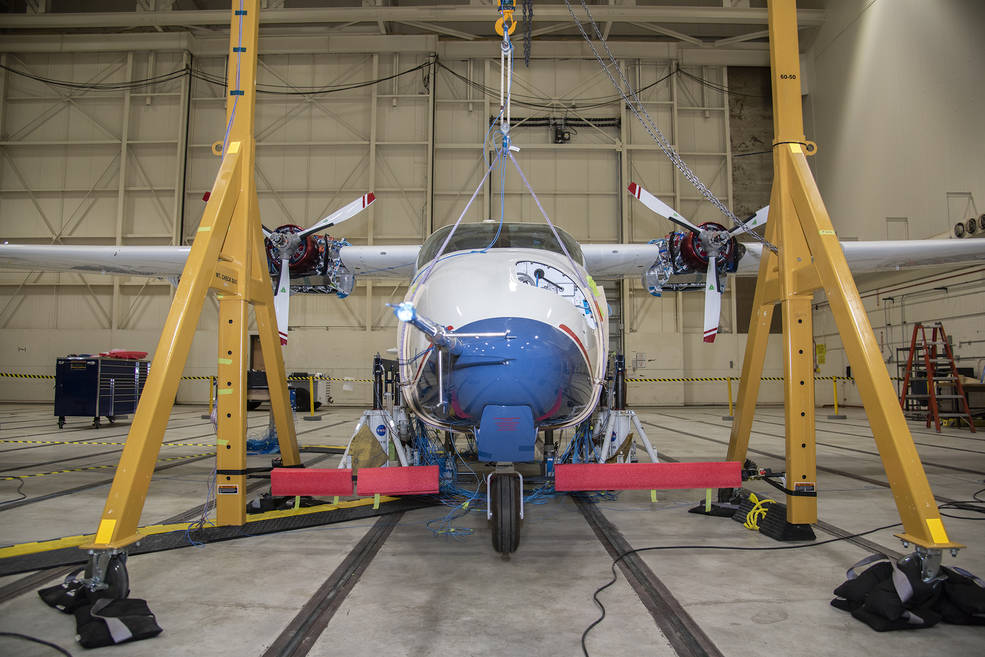