It is a very good time for China, at least concerned the space field. After sending the Chang’E-4 probe to the hidden side of the Moon a few years ago, repeating the success at the end of 2020 with the Chang’E-5, which brought back samples of lunar soil to Earth, few weeks ago they had another good accomplishment with insertion of the Tianwen-1 probe into the Martian orbit with the aim of carrying out an all-round scientific investigation of the Red Planet. The latest news concerns the announcement of a Chinese rocket that promises truly remarkable performance. 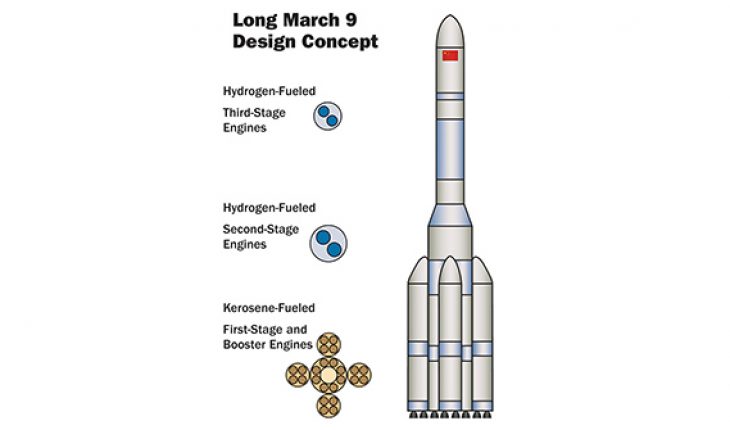 TOGETHER WITH THE RUSSIANS. There is no doubt that the main purpose will be to build a human base around our natural satellite. In January, China had entered into a collaboration with Russia with precisely this goal. Moreover, at the moment, Russia has not yet joined the Artemis Project (to build an international lunar space station) and therefore could dive headlong with China to create an alternative project . 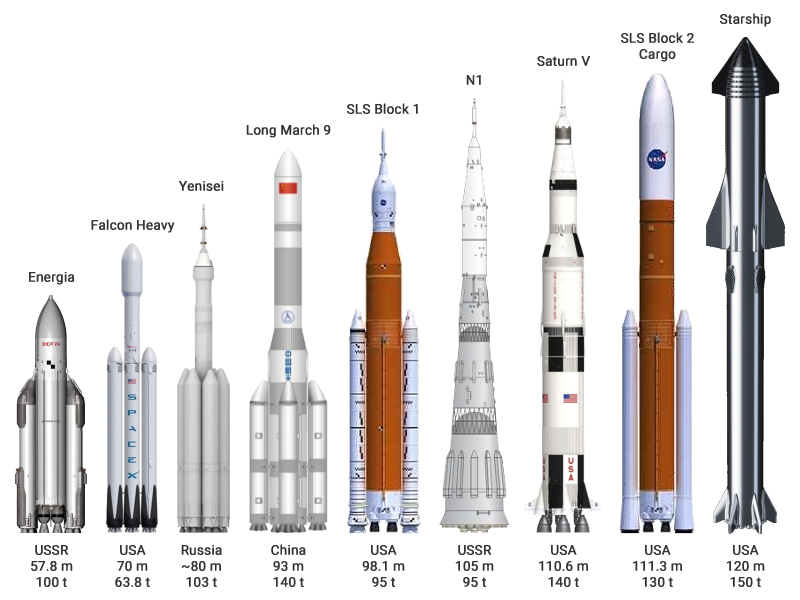 
China will start the project for the development of a new rocket called Long March 9. It will be one of the most powerful rockets ever built, capable of carrying about 50 tons of material around the Moon, 140 tons if the destination is the low orbit around our planet.

According to Wu Yanhua, who is among the leaders of the Chinese space agency, the Long March 9 could also be used to build a Martian base, although there would not seem to be a detailed plan for the Chinese colonization of the Red Planet (unless of plans kept secret). Certainly the new rocket will be able to launch interplanetary exploration missions such as the two missions planned for the end of the decade to Jupiter (but perhaps only one will be launched) which should lead to the landing of a rover on the frozen moon Callisto.

EXPECTED DEPARTURE: 2030. Long March 9 will be 93 meters high and will be equipped with a central stage of about 10 meters in diameter, surrounded by three auxiliary rockets. It will need huge engines, which are still under development, and if all goes as planned, the first launch should take place at the end of the decade. Meanwhile, in the course of 2021, let’s expect the launch of the first module of the New Tiangong, which will be the Chinese alternative for the International Space Station.

Aerospace Engineering-Training is an online learning platform. It is aimed at professional adults.
View all posts by Aerospace Engineering →
This entry was posted in News and tagged be, Chang, Chang'E-5, Chinese, Ever, most, new, powerful, probe, rocket, The, Tianwen, Tianwen-1, will, 中國俄羅斯太空火箭. Bookmark the permalink.
← Solar Arrays That Could Power Our Planet
Rocket Lab Unveiled plans for a big new rocket called Neutron →